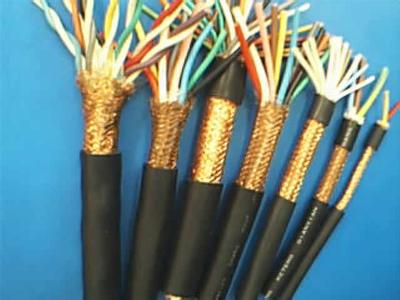 With the construction of the â€œSafe Cityâ€ in the country entering the overall promotion phase, in addition to the continuous expansion of the security demand market in key developed cities, the central and western regions and second and third tier cities and counties will also be launched. Security cables, as an important link between security devices, also play an important role in this. Security cable product technology has entered the era of standardization, and cable leaders have dominated the mainstream market. According to the "2012-2016 China Security Cable Industry Market Research and Investment Forecast Analysis Report," it shows that the construction of "Safe City" will be an important driver to support the rapid development of the security industry.

However, the requirements for marine cables and rail transit cables are similarly strict. Due to the particularity of the environment in which the ships are located, the cables used for ships are basically halogen-free and low-smoke type special cables, which must at least meet fire prevention, waterproof, pressure resistance, and non-toxicity. Claim. By then, vertical water-sealed cables and umbilical cables will have a great deal of experience. The special wires and cables such as low-smoke cables and cords, shipboard power cables, and shipboard communication signal cables will also be recreated. In addition, military vessels and underwater vehicles, including special cables such as torpedoes and bait detectors, will also welcome new students.

Future development: Leading cable companies occupy the mainstream market â—‡ Product technology enters the era of standardization In order to better promote the security industry and ensure the harmonious development of social life and work, security cable products must be developed in a safer and faster direction. China is one of the most important cable product R&D and production bases in the world. Currently, it has fire-retardant and fire-resistant, high-temperature and low-temperature resistant, low-inductance and low-noise, green environmental protection, low-smoke and halogen-free, anti-termite and rodent-proof, water and moisture proof, etc. A series of cable products with unique performance and special structure have already formed certain productivity. With the continuous improvement of social security and system security requirements, through the extensive publicity, promotion, and collaboration of governments, industries, and companies, high-performance, high-efficiency, safe and new technology cable products will surely be as safe as Western developed countries. Widely used in the system.

Industry standards are the basis for the development of industries and enterprises. Product technical standards are an effective guarantee for product quality. With the development and maturity of China's security industry, the national authorities are pushing for the standardization of the security industry. At present, the development of technical standards for security cable products has been incorporated into the next phase of the work plan. With the joint efforts of the government, industry and enterprises, the production and quality assurance of the security cable products will be followed in a rule-based manner. The security cable technology and application will be more reliable and professional. The field is moving fast.

â—‡Industrial concentration will continue to increase. Leading companies occupy the mainstream market China's security industry starts from scratch and grows in competition. After decades of development, it has formed a certain scale. With the promotion of global economic integration, there will inevitably be leading companies among the different products in the industry, and the degree of industrial concentration will continue to increase. Only industry concentration has emerged in the industry, leading companies emerged and the industry can be established to form a common development philosophy. Only from the perspective of the most basic survival considerations can companies enter the most important areas of scientific management, core technologies, and core products to promote the healthy development of the industry, so as to avoid unfair competition of low quality and low end. The chaotic competition between the large and small, miscellaneous wire and cable manufacturers, the lack of technical strength in the industry, and the size of funds will gradually end for local interests and vicious competition.

At present, leading companies in the domestic security industry have begun to show signs, and the domestic security cable market has formed a number of mainstream companies. These enterprises have expanded through continuous product extension and channels, through continuous improvement of enterprise management and team building, whether in the brand The degree of influence or the overall improvement of product quality, service specification has been increasingly accepted by the industry and users. It is believed that with the continuous improvement of industrial concentration, with the continuous expansion of the production scale of such enterprises, the productivity generated by the scale will be fully reflected in the market, and cost-effective products plus standardized services will occupy the security cable. The vast majority of market share.

With the increasing emphasis on users, â€œall-line compatibility, full-serviceâ€ is appealing for cable products that carry important data, images, and other information transmission tasks in the security system. Due to the insufficient attention of the user or the engineering firm to the purchase of cable products, problems such as the improper selection of the cable products and the quality problems that affect the entire system engineering are not uncommon, causing certain losses and negative impacts. The profound lessons of the past have led more and more users and contractors to pay close attention to the quality and correct use of cable products, and gradually changed the use of security cables. . Through the joint efforts and publicity of governments, industries, engineering companies, and production companies, the phenomenon of coexistence of high-end equipment and low-quality cables in security engineering systems is becoming less and less, and the important role of security cables in the use of systems is becoming more and more important. Everyone really realized.

Security engineering requires a perfect combination of different functional devices and the reliability of the transmission part of the product is critical to the entire security system. Although the security cable is the main component of the transmission part, the compatibility and consistency of the transmission performance of the cable product between different model specifications and the compatibility, matching, and stability between the cable and the connected related equipment are also frequent. Ignored by industry users. The future security cable manufacturers will not only be limited to the provision of simple products in the current stage, but will also continue to extend the product chain while strengthening the service concept, providing users with a full range of compatible products, and providing the full range of products for the correct and reasonable use. The technical support and service will surely become the market development trend of the security industry.

â—‡ International cooperation and development are irresistible. "To be a global security company and to build an internationalized national brand in China's security industry" has become the development goal and corporate mission of outstanding enterprises in the industry. Guided by such beliefs, China's security products have extensively penetrated into many areas of the world's security industry. International cooperation between domestic enterprises and advanced developed countries has been launched in all directions. At present, several of China's most powerful security cable companies are also following the international trend of market development. Several years ago, they have started to fully formulate and launch a global development strategy. They have extensive cooperation and exchanges in technology, capital, and management. The introduction of advanced technology and management concepts of foreign companies has enabled the company's strength to be rapidly upgraded and developed. And actively go abroad to seek international markets, increase product exports, there are a large number of security cable products exported to the rest of the world.