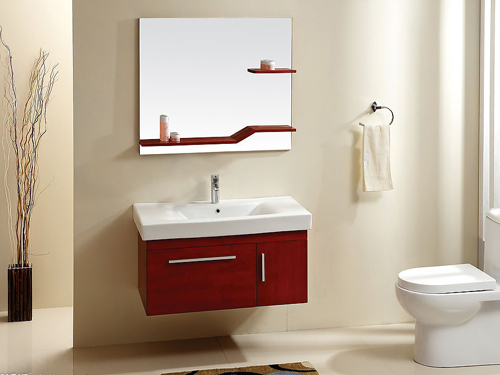 Apple is a vane of smart devices. After subverting traditional mobile phones and traditional watches, Apple began to look at the living room.

Seeing Apple's store recently introduced a smart door lock, this is a signal that is worthy of alert in the smart home industry: 1. For smart homes, the WIFI router is a small entrance, and the smart door lock is another small entry-level product. And more pain points.

2. Traditional door locks have many pain points. The biggest pain point is security. Smart August is much safer than traditional keys because you can not only set time to allow someone to enter your house, but also track all people through the logs on the software. In and out records.

3, this is a very perfect smart home experience: users only need to speak to the iPhone, can make these products work. For example, you can tell Siri you want to go to bed, and then HomeKit will turn the lights off for you, open the baby monitor, and lock the door.

If the locks were changed, our living room would basically have to be completely replaced. Do you agree?

News Links In June of this year, Apple announced the launch of HomeKit, a platform that can integrate smart electronic products through the iOS system. If everything goes according to Apple's plan, your iPhone or iPad will become the hub of your personal Internet of Things.

However, to achieve this goal, the tech giant needs to find a company that develops home electronics for its framework, just as it needs application software to enrich its Apple Store. It is for this reason that Apple will be sold by Ives in all of its US stores. A smart door lock named August by Yves BÃ©har.

Before August joined the platform, there are already some products that can be connected to HomeKit, including Philips' Hue smart remote control bulb, Belkin's WeMo smart switch and iBaby baby monitor. With the addition of August, Apple started building an ecosystem of smart home products that users can talk to on the iPhone to get these products up and running. For example, you can tell Siri you want to go to bed, and then HomeKit will turn the lights off for you, open the baby monitor, and lock the door.

Let us briefly introduce this product: August was launched last year, but the company did not start shipping pre-sale orders until several months ago. This is an electronic door lock that can be connected via Bluetooth to your smartphone (running iOS or Android) so that your authorized guest can enter without a key. With the August app, you can set the length of time (one hour, five days, or forever) and specific hours (one full week or only one day, say Monday) that allow guests to open the door when they approach the door The door lock will automatically open, of course, provided that they also download this software.

Bihar said: "Now there are a lot of smart home services." Bihar and Silicon Valley entrepreneur Jason. Jason Johnson started a startup August in San Francisco together. He said: â€œConsidering that we live in an economic environment where there is a continuous flow of delivery activities, it is crucial to the control of the door.â€ Many people, such as teachers and housekeepers, pass keys that can be copied indefinitely. August is much safer than traditional keys, because you can not only set a time period to allow someone to enter your house, but also track all people's in and out records through software logs. For those who rent houses through Airbnb or Craigslist, August also allows them to easily hand over keys to tenants.

Of course, it also facilitates one-time visitors. Bihar said: "Many single men and women will say this, 'This is a perfect one-time key.'"

Johnson said that the locks of our apartments and houses were seriously lagging behind the times. Many office companies have adopted key cards, and most new cars also have remote control locks. He said: "We are rapidly moving into this non-key world. Naturally, we would like our own homes to also be equipped with keyless locks." Last September, the startup company started from venture capital companies and angel investors. Separately raised 8 million U.S. dollars and 2 million U.S. dollars.

One of the clever aspects of this door lock design is that it can be easily installed with a screwdriver. Remove the two screws on the handle switch bolt (that is, the ball knob you used to open or lock the standard bolt), then use the two screws to install the August upper bracket in the door hole. Finally, Lock the electronic lock on this pallet. In this way, August can be used as an old-fashioned handle switch tongue, which can be turned to open or close the door. The entire process only takes about 10 minutes.

The retail price of such a lock is 249 US dollars, and Google's Nestthermostat intelligent thermostat at a price. Johnson believes that August is an affordable, sleek design for Apple Store consumers who want to experience the concept of the hotly-fired Internet of Things. He said: "There are some gadgets that look very beautiful and magical in their respective fields. As a retailer, Apple realized this.