The world's smallest spectroscope has been born with only 2.4 microns on the side

As an emerging technology, silicon optical circuits do not use electrons but rely on laser photons when transmitting signals. And a silicon optical CPU, its information processing speed is expected to reach millions of times today's computers. In the process of moving toward this goal, engineers at the University of Utah have made the latest breakthrough, which is the world's smallest photonic beam-splitter. The most gratifying thing is that it is small enough to fit into a single silicon chip. 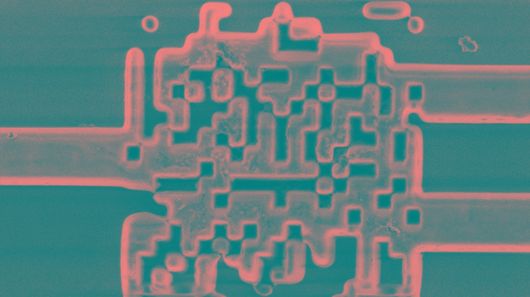 It is reported that the beam splitter is only 2.4x2.4 microns in size (1/50th of the diameter of a human hair filament) and can split incident light into two beams, which provides two separate channels for polarization rejoicing.

Combining other optoelectronic components and replacing their electronic equivalents (such as transistors, diodes, and other semiconductor devices), the future of "speed of light" will not be far away.

This new device can not only exchange data at a rapid rate. Its silicon-based design approach also means that it can be cheaper and easier to use than similar devices (after all, it can use existing silicon chip manufacturing technology). 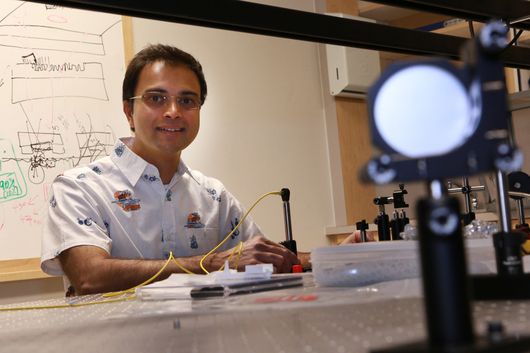 In addition, since the optoelectronic circuit does not need to be conducted with wires, its power consumption and heat are also much smaller (a significant increase in efficiency). At present, both Intel and IBM are developing supercomputers based on silicon light technology, which are also the target customers of the research team.

The team said that such a supercomputer is expected to use the beam splitter within three years, and data centers that need to connect faster may also come into contact with such devices earlier.

The study was jointly conducted by Rajesh Menon, associate professor at the University of Utah, Randy Polson, research assistant, and Bing Shen and Peng Wang, Ph.D. students. The relevant content was published in the most recent Nature Photonics journal.