What effect does surfactant have on plastic products? 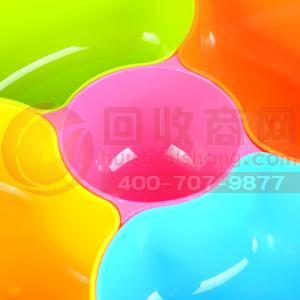 Surfactants are generally low molecular weight dispersants. Surfactant molecules have a modifying effect, particularly to reduce the surface tension between the pigment and the resin solution.

Surfactants structurally contain two groups of soluble or opposite polarities that increase surface activity. In aqueous systems, the polar group is some hydrophilic group, while the non-polar one is hydrophobic or lipophilic. In non-aqueous systems, the polar group is an oleoresin group and the non-polar one is a lipophilic group. Surfactants are classified according to their chemical structure, and particularly polar groups include anions, cations, electrically neutral particles, and nonionics.

The effectiveness of a polymeric dispersant is determined by the following factors:

Adsorption of polar groups on the surface of the pigment. The anchoring group can be an amino group, a carboxylic acid, a sulfonic acid, a phosphoric acid, and salts thereof.

The behavior of non-polar segments surrounding the particles in the medium. Some parts of the molecule (aliphatic or aliphatic-aromatic) must be highly compatible with the binder system.

The stabilizing mechanism of a surfactant-like dispersant is electrostatically stable: a bilayer charged structure is formed around the polar groups of the pigment particles. Due to the Brownian motion, the pigment particles in the liquid medium often collide together, so there is a strong tendency to re-flocculate during the deceleration process.

Surfactants have the following drawbacks based on their chemical structure (eg, low molecular weight) and electrostatic stability theory:

Easily foaming: Many surface modifiers produce foam and create defects on the coating (eg fish eyes, pits). If the foam occurs during the grinding process, it leads to a drop in productivity.

Interference between the coatings.

Over the years, special surfactants have been improved to minimize coating defects, and some have other advantages such as defoaming/corrosion resistance or difficult to wet the substrate.

The most commonly used surfactants for pigment dispersion have the following varieties: