Organic fertilizer should enjoy the same treatment as fertilizer 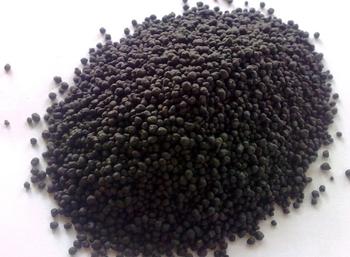 It is understood that the eighth composting technology and seminar was successfully held. At the meeting, many companies and experts questioned the organic fertilizer industry standards and unfair treatment. Organic fertilizer should enjoy the same treatment as fertilizer.

According to the â€œ2012-2016 Organic Fertilizer Market Survey and Development Trends Research Reportâ€ of China Business Consultant, there are currently more than 500 organic fertilizer production enterprises in China. The three categories are refined organic fertilizers, organic-inorganic compound fertilizers and biological organic fertilizers. the Lord. In 2011, the market size of the industry has reached 102 billion yuan, and it is expected to reach 150 billion yuan in 2015.

First, whether organic fertilizer should be granulated?

On June 1st, the New Organic Fertilizer Standard (NY525-2012) issued by the Ministry of Agriculture was implemented, and the shape of organic fertilizer was not included in the index. However, in the organic-inorganic compound fertilizer standard (GB 18877-2009) that began on May 1, 2009, it clearly states that the percentage of granularity must be greater than or equal to 70%.

However, according to Wu Shide, whether or not granulation can not be generalized and determined, must be based on regional planting characteristics and the environment to make the appropriate choice. He took more fruit trees and vegetables grown in the south as an example. He stated that the production cycle of fruit trees is long and the particle effect is better than that of powder. However, the fertilization required for planting vegetables immediately takes effect, and the fast-acting properties of powdered fertilizers can be reflected. In addition to the different crop nutrient requirements, Wu Shide also proposed that in the north and coastal areas where winds often blow, granular fertilizers are not easily blown away by the wind and their characteristics are highly favored by farmers.

In this regard, Chen Qing, a professor at the College of Resources and Environment at the China Agricultural University, frankly stated that although the market is the deciding factor in guiding the direction of fertilizer development, the market is also nurtured by each individual involved in it, and the market should be guided by the specific needs of farmers. Regulate the market to improve the industrialization of organic fertilizers.

Second, why can't you enjoy the benefits?

In China, the agricultural chemical fertilizers enjoy the railway preferential tariff system, and the Ministry of Railways implements the charging standards in accordance with the tariff of No. 2 in the Circular on Relevant Matters Concerning the Clarification of Tariff Rates for Agricultural Fertilizer Railway Freight. The industry calls this â€œNo. 2â€ transport. price. Since 1997, the Ministry of Railways has revised the freight price 11 times, of which three were specifically adjusted for the price of fertilizer transportation. At the end of May this year, the Ministry of Railways raised the fertilizer tariff by 13.7%. However, regardless of price adjustment, there is no place for organic fertilizer in the Catalogue of Agricultural Fertilizer Varieties for Which Railroad Preferential Freight Rates are Applied. The "different fate of the same fertilizer" on "Transportation Treatment" has also become one of the focus issues in the composting seminar.

The huge difference in transportation costs is causing farmers that are far away from the production sites to suffer â€œunequal treatmentâ€ and at the same time greatly weakened the competitiveness of many enterprise products. Shanxi Changxin Bio-Agricultural Technology Co., Ltd., which is more than 2,000 kilometers away from Guangdong, is vigorously exploring the organic fertilizer market in Guangdong. However, its marketing director, Wei Wei, reluctantly stated that due to transportation costs, the sales price of equivalent organic fertilizer in Guangdong was higher than that in Shanxi's local market. A few hundred dollars, "Price fluctuations have greatly reduced the competitiveness of the product."

In this regard, Li Ji, a teacher at the College of Resources and Environment at China Agricultural University, believes that due to the long-term use of chemical fertilizers, the ills are gradually highlighted. Currently, organic fertilizers are on a rising period. Therefore, regardless of policy orientation or market demand, their transportation and other preferential policies. Just around the corner.

3. Standards still have room for revision Although the new organic fertilizer standards impose stricter requirements on organic matter, total nutrient content, and heavy metals than the old version standards, there are still many corporate representatives and experts who believe that there are still further amendments at the meeting. space.

"There are too few things to regulate, and there is no standard system." Chen Mingyuan believes that the current new standards appear to be more confusing in terms of the use of raw materials. According to Chen Mingyuan, some organic fertilizer manufacturers on the market do not produce according to the raw materials defined in the standard. Therefore, the true content of active organic matter contained in many products does not meet the standard requirements. In this case, â€œadd mineral organic carbonâ€. Has become the "secret recipe" for product inspections, "the quality of products produced in this way cannot be guaranteed."

Consistent with Chen Mingyuanâ€™s point of view, Jia Xiaohong, deputy director of the Beijing Soil and Fertilizer Station, also believes that although the new standard requires more stringent indicators, there are also many problems. He pointed out that the new standard revised the oxidation correction coefficient of the method for determining organic matter content from the old standard 1 to 1.5. However, at the time of testing, there were some organic fertilizers made of higher carbon-containing raw materials, and their organic content exceeded 100%. , "This is obviously unreasonable."

In addition, there are also industry insiders that the new standard for the detection of organic matter, but also have great deficiencies. It is understood that the current detection method can not distinguish between effective carbon and ineffective carbon, resulting in products with high ineffective carbon content can also meet the requirements of organic fertilizer standards. In this regard, some experts suggest that the determination of fermented carbon can be considered, but the measurement method is cumbersome.

CPF-D series ClO2 generator is flow rate control on-site generating system. It can add clo2 aqueous directly to water pipe with simple, safe, reliable, stable operation. It can adjust the dosage of clo2 aqueous through receiving 4-20mA signal provided by the flow rate sensor. The way of clo2 producing: 5NaClO2+4HCl = 4ClO2+5NaCl+2H2O. Technology: Use sodium chlorite and hydrochloric acid as raw materials, transmission of raw materials through two metering pumps to the reactor, produce the concentration of more than 95% of high-purity chlorine dioxide solution added to water for disinfection. It can automatically adjust the dosage of clo2 solution through flow control and residual chlorine display system. When lack of raw materials, the liquid level alarm system will give audible and visible alarm signals and automatically cut off the power supply of equipment. The entire control system use PLC as the core, on-site parameters setting through the touch screen and remote control through the computer, to realize high-performance automated management of Disinfection System. Raw materials conversion rate is more than 95%.