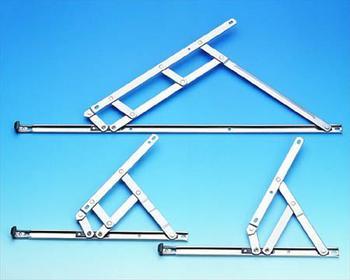 With the increasing development of the national economy, China's modern building doors and windows industry has also entered a booming era. With the continuous improvement of the peopleâ€™s living standards, people have put forward higher requirements for the living environment. The safe, comfortable and clean living environment is increasingly favored by the general public. Doors and windows are the openings of the external protective structure of the building. They are extremely important functional components that resist wind and rain dust, physical properties such as building thermal, acoustic, and light environments, and have the effect of double decoration of the building facade and indoor environment. It is directly related to the safe use of buildings, comfort and energy conservation and improvement of peopleâ€™s living standards. It must have various functions such as lighting, ventilation, weather protection, heat preservation, heat insulation, sound insulation, dust prevention, insect protection, fire prevention, and theft prevention to provide people with a safe and comfortable indoor living environment; at the same time as a building exterior wall and indoor As part of the decoration, its structural form, material texture, surface color, and other appearance effects play an important role in the coordination of interior and exterior aesthetics and decoration.

When the inner flat open window is under positive wind pressure; the hardware lock point is forced, so it is better to use multiple lock points. The more lock points, the smaller the force that each lock point exerts on the midline, and the less deflection of the deformation.

When the inner casement window is under negative pressure: the frame is stressed.

When the external casement window is under pressure: the lock point is subjected to force, so it is better to adopt multiple lock points. The more lock points, the smaller the force that each lock point exerts on the midline, and the less deflection of the deformation.

When the outer casement window is under positive wind pressure: the frame is stressed.

4, doors and windows have a variety of window shapes and structural forms, and all kinds of window-type functions are dependent on the configuration of hardware accessories.